In the light of cognizance taken by the Government that mineral development sector would also be one of the main areas for generation of economic resources and raising of general economy in the State, NSMDC came into being in the year 1981.

Nagaland, a State located in the extreme east of the country, sharing about 192 km International Border with Myanmar and as such placed in a strategic location. Nagaland is richly endowed with variety of minerals. The main established mineral reserves comprise of

(vi) Other associated metals like Zinc, Molybdenum & other possible precious metals such as Gold and Platinum groups (within ophiolites and metasediments) in Phek, Kiphire and Tuensang districts of Nagaland. 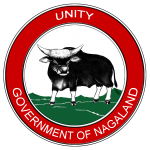